My name is Lizzy Donowho. I'm a British actress from Hong Kong, I'm currently starting my first year training and honing my skills as an actress at Sheffield Hallam University. I have 11 years of acting experience to my name which includes but isn’t limited to; Arthur: The Panto, Grim Tales, Beauty and the Beast, Hamlin, and A Midsummer's Night Dream.

My first significant role was when I was 10, where I played Merlin in Arthur: The Panto (2012 at Gleneally J. School). I had to learn all my lines and blocking in a week due to the fact that the boy who was originally supposed to fill the role got chicken pox so I volunteered to play his character Merlin. From then on acting for me was an addiction which I couldn't ever really be satisfied with.

After my role as Merlin I enrolled with Liz Ryan, a free lance acting teacher in Hong Kong to help me gain LAMDA Qualifications level 3, 4 and 5, achieving Merits in each.

During this time I also had the pleasure of joining Starlit Voice's Drama School in Hong Kong. It was there I got to play Talulah Lovelace in the Mysterious Disappearance of Peaches (2017) , Head Child/Head Street Sweeper in Hamlin (2017) , Quince in A midsummer's Night Dream (2018) and Andre/The Wardrobe in Beauty and The Beast (2018).

I also Presused acting in a more formal setting continuing with LAMDA examinations achieving merits in bronze and sliver Solo Acting. I also gained iGCSEs and iA Levels in Drama.

As an actress I am personally drawn to strange, Unusual and flawed characters. I really enjoy breaking down a character's motivations and intentions, why they're relationships with other characters are the way they are and how they move through the world both physically and mentally. 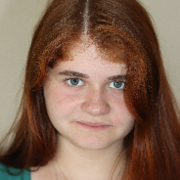