This module began in the first semester, so this is a summary of the whole year.  I joined the course with little to no experience of acting for the screen, and over the year, I have taken part in a few screen performance opportunities and due to these opportunities it cemented the fact that I enjoy screen acting the most when compared to other forms, though I do enjoy audio performance.

First screen performance was a monologue. The lecturer gave us a choice of many roles and I chose a monologue from the animated Netflix series. ‘Bojack Horseman’; specifically the speech from his mother’s funeral which ends ‘No one ever tells you when your mom dies, you get a free churro.’ At the time, I had seen a few episodes of the show, so I was not going into the monologue with zero idea of the show and the issues it deals with, often in a very surreal way.

I was given a few days to learn the lines, which initially felt like a decent amount of time but, as the monologue itself is quite stilted, as it is from a character grieving a loss, and ‘goes around on itself’ I did find getting it word perfect was very tricky.

On the day, I was told to sit on a sofa in the middle of the stage,there was a multi camera set up (front and sides) and then the lecturer told me to tell her when I was ready, then she gave me a count in and I began my monologue.  It went well, to a point, as I did fluff a few lines and needed to restart; in the end I managed to get it in one take, I’m pretty certain I did anyway.  This was a good experience and introduction to seeing myself on screen, as I was able to have a quick viewing of part of it afterwards.

Since that one I have done a scene from The Breakfast Club for in class work, playing Jon Bender, which was an ensemble piece and easier in some ways as the pressure is not as much on you personally as a monologue, but there are a lot more ‘moving parts’. We took a few different takes from various angles, which was a good learning experience as it was performed on what felt like a real professional set.  Within this performance, I also used a handheld camera for the first time as an extra angle outside of our classroom set, this was needed for an external shot, as 2 of the characters departed we wanted to make it more believable that they had in fact left.  This was a good lesson in how to use videography and how little things, such as seemingly unimportant outside shots can add to the verisimilitude of the piece.  We all remembered our lines and blocking and stayed focussed on our body language to keep our reactions smaller, more appropriate for screen rather than stage, and to react appropriately to the actions of the other actors.

The hardest thing to adapt to screen acting has been the body language and reactions, as they are very different to theatre which was my main focus prior to the course, however, this has also been the most enjoyable aspect as these changes suit the way I prefer to perform - smaller facial and physical expressions, less over the top gestures, living in the smaller shot.  The easiest aspect of screen acting, and one that makes it the most accessible, is the fact you can try multiple takes until you are happy and even then you can change in post production and editing.

Overall, due to this positive experience, screen acting is now a passion of mine which I look forward to developing over the course of the module. 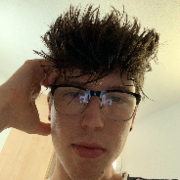