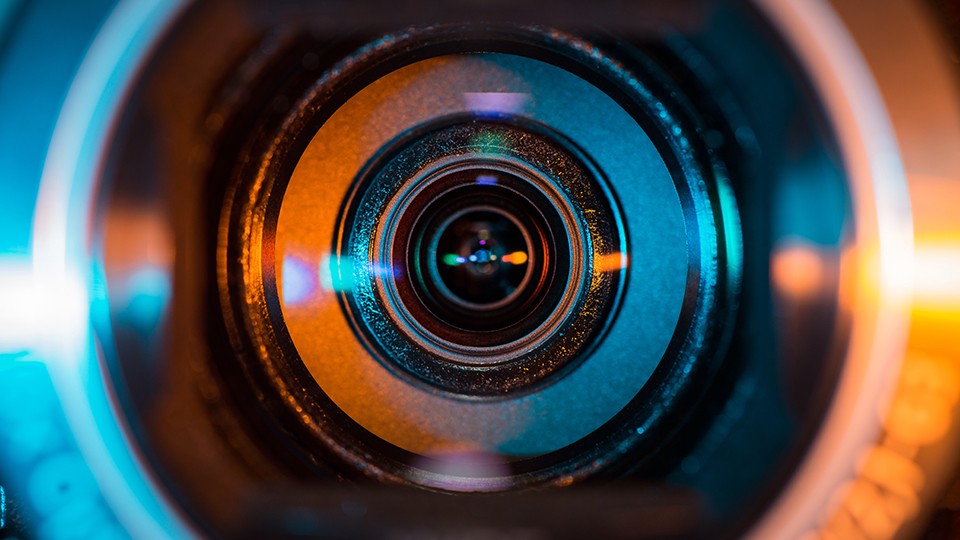 The studio was prepared, the Actors were prepared, and the technical operators gave the thumbs up… “James Christian… take one”. It was time to make use of the last week of training and deliver my monologue.

The overall process of recording my first professional monologue within the Screen Acting module has been such an exciting, yet informative process. During the first lesson, we explored the basics of what it means to perform in front of a camera, and how we are going to make use of these skills within the module itself. For example, we went through some example shots that we could eventually make use of during our short films, these being:

‘Shot-reverse shot (SRS)’: this shot views the action from the opposite side of the previous shot- for example, during a conversation between two characters, a SRS gives the effect of looking from one actor to another.

‘Over the shoulder shot (OTS): this shot is of an actor taken from the perspective (or camera angle) from the shoulder of another person.

When we were given the task of selecting our monologues, I wanted to ensure that my choice showed acting versatility when uploaded to my show reel. I feel as though this is very important to continue to become more established within the Performing Arts industry. Due to this, I finally selected the final scene from of Greta Gerwig’s film: Ladybird. During the movie, the monologue was delivered by the female protagonist Christine McPherson- however, I changed this to the name Christian in order to make it more suitable for my performance. Originally, I was worried this would take away from the original artistic intention, however the feedback that I received suggested that this was not the case:

“Your monologue was so emotional, I had tears coming out of my eyes”

“You portrayed your character so well; it was so good!”

Overall, I believe that both the introduction to the Screen Acting module and the monologue preparation/performing stage of this module have given me more of an in-depth insight into the differences between performing on stage (which is what I am more used to) and performing in front of a camera for monologue purposes; this being information which I can carry through to utilise during my short film production process.