I was born possibly around 100 years late and then I seem to have lived my live backwards!!

Born in 1965, yes, I know, a full 12 months before a half decent year. I was a 14 year old working class puppy when I was introduced to the sensation, the smells and textures and utter excitement and anticipation of the processing side of photography and once and forever I was hooked, I was addicted, I was, and remain totally in love.

Within a couple of months I have worked my way onto the keyholder list of the darkroom of the schools photography club, a room that was initially set up in a store cupboard in the chemistry department, a fact that change, to my knowledge, very quickly as a consequence of my ability to smuggle chemicals into the darkroom for the furtherment of my experimentation, and much to everyone's consternation the darkroom was moved to the Biology department and the misplaced perception was that this was out of harm’s way. I have no recall to if for some reason I had some perception of the turns that my life would soon take, but my position as a keyholder gave me the ability to work at some length and at some elevated pace, as over the next 18 months I would be stood at the gate waiting the 05:30 arrival of the caretaker and the cleaning team, so that i could gain the earliest possible entrance to my domain, and the caretaker would seemingly endlessly be dragging me back out of there in the late evening to enable his lock down. during this 18 or so months I experimented with many chemicals for developing, I experimented with film coatings and even chemical pre-flash formula. I built several cameras and even built my own Pesval lens. I was in full intrigue mode and could not help myself or even slow down. However, that stopped quickly enough when employment came knocking on the door.

I found myself very quickly employed in career which over the next 30 years or so, would not allow me either the time nor the opportunity to follow my dreams or even my experimentation, indeed any kind of photography, even recreational was all but impossible and my hobby was always treated with a certain suspicion. Until I retired, I never again found the time to experiment any further. Indeed I managed with the 2nd hand Leica IIIb, that I had picked up some time back in the 70's, and which went with me everywhere regardless, until the sand got to it in '93 and I had little choice but replace it with the Nikon FM2, that I still own today (mainly because it is literally bomb proof) and film (especially 35mm) was easily and cheaply processed by post. Over this period of time I obviously developed a need to replay some of my old curiosity as all along my travels I started to accumulate broken old film and plate cameras with the intension of repairing them (more of that later).
The turn of the century brought the next big development of the camera, and yes it was very difficult even for me, not to get carried away on the wave of excitement that was the digital DSLR. After all there came the promise that everything would be so much quicker, simpler and obviously the big sell to the pro photographer, quicker! The immediate problem was that the early models seemed to be either made out of toy grade plastic and as fragile as Faberge, eggs or they were made out of grade 3 gun metal and only a body builder could lift them to take a shot. oh, and they were all astronomically expensive and devilishly unreliable. My first couple of models were, if I am honest, immediately forgettable, in fact all that i can remember was that they were Nikons, and I seem to remember the model began with the 'E' prefix. Like all the rest at the time they were terrible, and they always stayed at home, and the trust FM2 continued to live in my bag. I was probably just about at the end of my rope with digital by the time I set off for home in 2004, after about 9 months away on assignment and I had made my mind up that I was going to treat myself to a nice (and very expensive) medium format film camera, not that I had any idea how I could afford one. However my partner at that time had been delving into my broken camera box (yes the one I mentioned earlier) and was, shall we say more than a little concerned to find that over the years i had accumulated over 400 useless (in her eyes) boys toys, and she voiced her opinion of the fact that I had all of these, no plan as of yet what i was going to do with them, and yet I was considering spending money that I didn't have on another one. point made! After the divorce, I had quite some time on my hands in back leave and so I set about repairing some of my stash. In the end I had repaired and sold on over 100. During this time Nikon had been busy and introduced the very first (probably) professional looking and built digital camera body (D3) and even had the cheek to bring out some specially designed professional glass for it. By some miracle of fate my repairing exploits had generated just about enough for me to be able to afford not only the body but some of the pro glass too. Maybe I owe my ex an apology at some point! The D3 was massive, and heavy and......stayed at home whilst me and the FM2 carried on as normal. What the D3 did do though was prove to be an outstanding camera that eventually after about 7 years of ownership and 2M or so shutter activations convinced me to trade her in for a shiny new D750, which still sits proudly in my bag and which towards the end of my career did start to replace my travelling companion of over 20 years.

I finally had to retire for medical reasons about5 years ago now and although I expected a mad rush to overcome me to get back to what I had begun 30 years ago as a schoolboy, it didn't, I have no idea why maybe I just needed to chill for a while. Anyhow as retirement began to settle into my bones and justify itself to my soul, photography took a very sedate back seat and really was for recreation only. In fact after having a camera at my side every day of my life from being 14 years old, no matter the situation, no matter the danger, I was never without my camera, now I found myself going for days, sometimes weeks on end when I would find myself out with no camera, I now started to only carry when I was deliberately setting out to get a picture, and sometimes even then I would rely on my phone to get the image I was looking for. How times had changed for me.

That could possibly be where the story should have ended but..........................Nikon went and did it again! About 2 years ago the announced the arrival of their new mirrorless system, and I got the bug, I even convinced myself that it was about time that the D750 was retired and traded in, so I packed it away along with some lenses and set off to trade. I arrived back home several hours later and very confused as to how I had managed to not only not trade in my D750, but how and why I was now in my cellar unpacking an enlarger a film bath and several bottles of chemicals, and why was I so very excited?
I very quickly found myself isolated and working in opposition to the approaches being adopted generally. Everyone is either dragging analogue techniques and workflows through to digital or using digital to find alternatives to the analogue world, I find myself going the other way, I am constantly seeking ways of perverting the analogue by subverting it with digital imagery. My need to investigate that and why I am being drawn to tell my story that way is what brought me back to university and perhaps the realisation of that will prove to be my 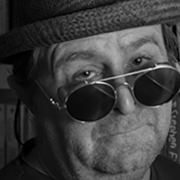 Adrian is a freelance photographer and mature student at SHU. My mission is to reverse engineer modern technology into historic workflows and practices. Theatre and performance are a vital part of expressing identities, building communities and overcoming the many social, cultural and environmental uncertainties that we face. The past year has been hugely… I was born possibly around 100 years late and then I seem to have lived my live backwards!! 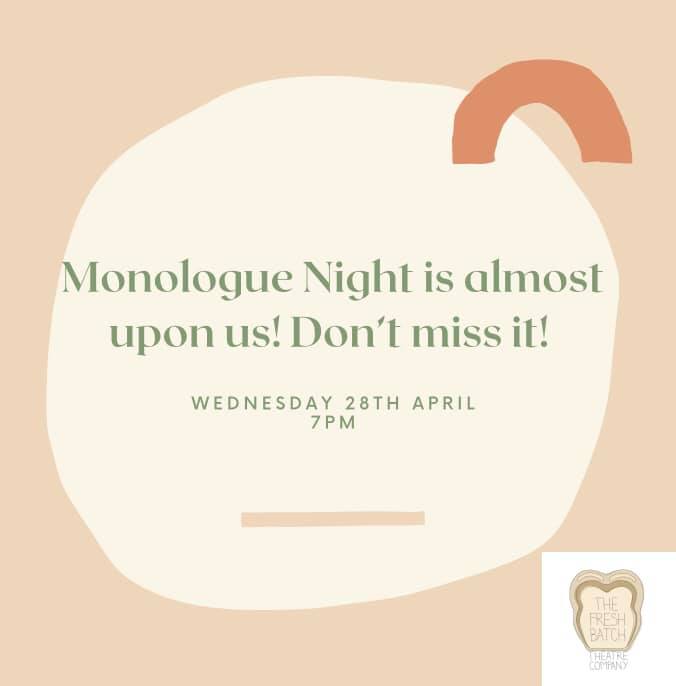 Don't miss the Fresh Batch Monologue Night this Wednesday at 7pm! Lots of new work for you to enjoy!Link Here!!! 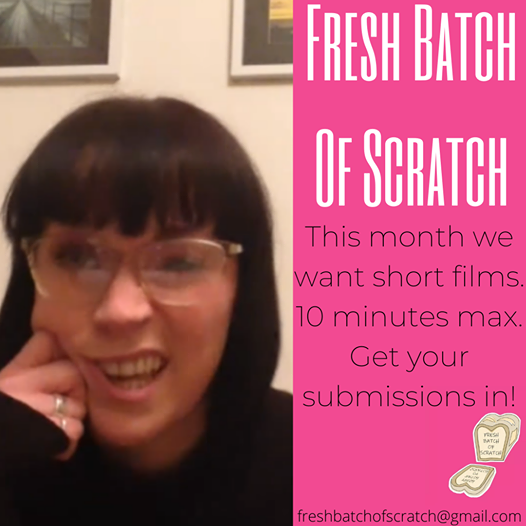 We're still buzzing from the success of last month's monologue night, but it's time to get your submissions in for...

Do you have a short film you've made at uni or with friends? Want more people to see… 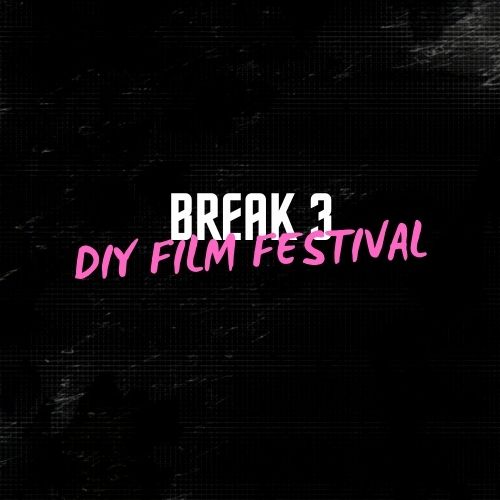 BREAK 3 is a micro-festival of DIY short films, created by Level 5 undergraduate students studying on the BA (hons) Acting & Performance degree at…